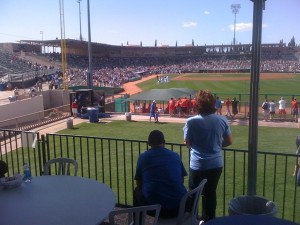 NFL Equivalent – Dallas Cowboys: How can two high profile teams in major markets spend so much and produce so little? Mismanagement, that’s how. The Cubs and Cowboys have suffered of late from some gross mismanagement both on the field and in the front office. Carlos Zambrano use to be an effective starting pitcher until he took to fighting his teammates and the water cooler. And the Cowboys? Remember when the 2010 Cowboys team quit on their coach midseason? It’s also a problem when your owner, Jerry Jones, is the most recognizable face, albeit a reconstructed one at that, in the entire organization. America’s Team no more.

Google Search: I’m not high on Matt Garza. Sure he’s been a bit of a Sox killer down in Florida, but I am not convinced he is an Ace, or really has the makeup to be one. I think the Carlos Pena pick up will be nice for the Cubs, but there are still so many questions. Soriano is getting old in left and Highway to the Fukudome has been a perennial disappointment. The corners of the infield are secure with Ramirez and now Pena, but who are these guys up the middle? Castro and DeWitt are supposed to be major league starters? They are backups at best. If this were any other fan base I would say that Northsiders will turn on this 2011 team midseason. However, when the brightest attraction at the ballpark is getting hosed down in the bleachers by Ryan Dempster, we’re not exactly talking about fans with the highest of expectations.

Famous Movie Quote: Come on Cohaagen! You got what you want. Give those people air! – Douglas Quaid from Total Recall

Quade: Quaid. Close enough. And although Cubs manager Mike Quade bears no relation to Totall Recall protagonist Douglas Quaid, I figured any chance to run some kind of Schwarzenegger quote just go with it. And if you think about, the Cubs have been suffocating their fans since 1908. New Cubs manager Mike Quade could end up wishing this season were actually a dream created by a corporate biotechnological company selling drug induced fantasies about mars. Sure, they’ll beat up on the Pirates and the Astros, but after a while even that isn’t any fun anymore. On another note, in Total Recall, remember how gross Kuato was… . 2011 Record: 80-82, 4th AL Central