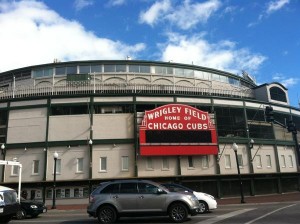 I recently received an email from my Uncle Bruce, a lifelong Chicago Cubs fans, about his team’s prospects for the upcoming 2013 MLB season and what follows reveals absolutely everything and nothing about what it feels like to be a Northsider:

Parsing through this brief response may seem like child’s play but you’re gonna need more than a slide ruler and abacus to sift through the many contradictory levels of optimism and self loathing perfectly defined in 140 character or less. If Bruce is right, and I for one would never question his loyalty to Wrigley Field, then rooting for the 2013 Chicago Cubs is going to feel a lot like watching Requiem For A Dream except for that scene where Jared Leto loses his arm.

With all the carnage and depravity set to take place in Wrigleyville again this season got me wondering whether or not some deranged Cubs fanatic has ever used the team’s long history of losing as a motive for committing a crime. In this case, if the judge also happened to be a fan would the defendant be absolved of all wrong doing? Inquiring minds want to know. – JL

view from outside Wrigley Field courtesy of @ScottFeinberg