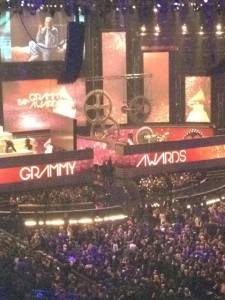 I don’t care if it was prerecorded, Whitney Houston’s “Star Spangled Banner” before Super Bowl XXV in 1991 will always make me want to run through the ivy covered outfield wall at Wrigley Field. And not because I served in the first Gulf War or that “Saving All My Love For You” is my favorite song of all time. Neither is true. No actually it means so much to me because my high school use to play this version before all home basketball games which, not surprisingly, were the pinnacle of my pre lovemaking adolescence and sadly, early adulthood as well.

The pregame starting lineup intros set to the Chicago Bulls theme music where you low five teammates and run over to shake the hand of the opposing head coach was all prelude to the pulse pounding drama of the National Anthem. I can still smell the combination of layer upon layer of wood varnish combined with the sweat from a jersey long since overdue for a cleansing soak. Some members of our team chose to rest their hands in front of their bodies while others preferred the more traditional, patriotic right hand across the chest. I was a hands behind the back guy myself, probably because I saw Michael Jordan do it that way in 1996 during the NBA Finals against Shawn Kemp, Gary Payton, and the rest of the Seattle SuperSonics.

During the Anthem, it was impossible for me to keep my eyes focused on the American flag that hung in the corner of our dimly lit gymnasium, waving elegantly in front of the rock climbing wall we all use to scale during 3rd period PE with our gym teacher who we called “Stinger” which, the more I think about it, was pretty weird considering that he was a 75 year old guy with castor oil in his hair who usually wore what I could have sworn was a one piece maroon track suit made of velour. I would spend the majority of the Star Spangled Banner swaying backing forth on the balls of my feet like I now rock my 1 year old son to sleep, staring at a strip of maple floorboard just inches from the tips of my size 12 Nike Air Forces. I rarely scanned the crowd for fear of making eye contact with either an opponent or family member who could conceivably go on to to say that I was clearly distracted before the game which was the reason I picked up two cheap fouls early in the 1st quarter. The only time I did look towards the stands was when I had a girlfriend, which was very rare, and would glance in her general direction hoping she would reciprocate my sheepish advances. It’s sad that when I think back to girls in the stands during our basketball games I always picture them wearing several layers of fleece. That’s probably because I grew up in New Hampshire and the thermostat in our pre World War, the first one, gymnasium stopped working during the blizzard of ’78. It was either really cold or really hot, like a NYC subway.

By the final “Home of Brave” I was ready to pretty do anything my coach asked, which included taking a charge, making my free throws, and, most importantly, not fouling out before halftime. Now here we are, a mere days after Whitney Houston’s tragic death and I have a difficult time remember specific details about any of my actual varsity basketball games. But even today, almost 15 years after I graduated from high school, every time I hear that Anthem I want to stand up, put both my hands behind my back and rock back and forth. I hope that never changes.

view from the Staples Center courtesy of @bgirl123