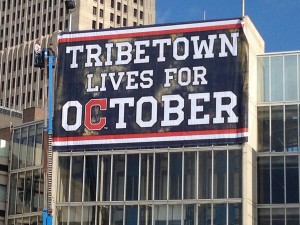 It’s inconceivable to think that the government shutdown that went into affect at 12am last night has this nation’s best interests in mind. If it did then Americans would still be allowed to scale Lady Liberty or bite into a golden delicious apple without fear of consuming contaminated produce. But sadly, the Fed doesn’t care about us and Congress will continue to be riddled by power hungry/narrow minded narcissists more interested in personal accolades and special interests then actually caring for the vast majority of Americans who simply want to go about their day to day lives knowing full well that the wine they’re drinking comes from a vineyard that obtained it’s permit legally. Ughhh, it’s enough to just throw up your hands and move north to Canada where government willingly accepts universal healthcare and wineries don’t exist because everyone drinks beer and when you go out to a Canadian restaurant and order white wine you get a Molson Golden with a splash of Canada Dry Ginger Ale.

Deep breath. Because it’s October, the best month of the sports year with a gluttony of viewing options nearly every single night. Take this evening for example. The Pittsburgh Pirates, that’s right the Pittsburgh Pirates, host the Cincinnati Reds in their first playoff game in over two decades since the days glory days of Mike “Spanky” LaValliere behind the dish. If baseball is not your thing then switch over to hockey where the NHL is set to drop the puck on the 2013-14 season with a doubleheader featuring a contest between the Stanley Cup champion Chicago Blackhawks vs. the Washington Capitals. With options for nearly every type a fan those long overdue house chores can wait another month until November.

But what if WHAT IF the federal government controlled professional sports? With the shutdown now in effect how would they decide between essential and non-essential personnel? Excluding the athletes themselves, who clearly fall into the category of essential personnel, well that is except for the Jacksonville Jaguars, what happens to the remainder of employees?

Professional sports coaches could easily be placed on indefinite furlough especially baseball managers. The fed doesn’t need to be in the business of paying bloated salaries to a bunch of middle-aged guys whose primary responsibilities vary between supportive clapping to the occasional butt slap. Let baseball players manage themselves. Look how well things worked out for Pete Rose.

And what about field goal net operators? The NFL can’t absorb the loss of a few $100 footballs? And if the gov’t were really that concerned about the cost they could have the fans return the balls for some sort of concessions voucher. The average fan would much rather have a couple free beers and oversized foam finger than a slippery, sweaty game used football.

Lastly, if the federal government ran professional sports than say bye bye once and for all to   natural grass. Artificial field turf is much more cost effective to maintain plus think of all the money the fed could save on laundry. No more grass stains = a balanced federal budget!

view from Cleveland courtesy of @MarkShapiro