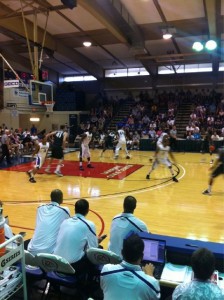 Love the Maui Invitational.  Great teams. Tons of games.  Tiny gymnasium.  When the tournament starts it means Thanksgiving cannot be far behind.

The Lions should give us a competitive game this year.  I’m one who believes Detroit should always remain on Thanksgiving.

No one is talking about the champs.  Jason Garrett’s luck is about to run out.

Jets win games late and by less than 7 points.

Can’t blame the coach if you lose this week Vikings.

Titans tend to overcome adversity.  Rusty Smith sounds like the name of fictional oil baron not the starting QB of an NFL team.

That was pretty funny watching Eli Manning create his own fumble last week.

No Colt McCoy for the Browns means I have no faith in Jack Delhomme.

Like the Ravens to win the game but it’s getting harder and harder not to root for the Bucs.

I still don’t think the Bears are as good as their 7-3 record.  Eagles poised to become top seed in NFC.

One of these days I am going to pick the Falcons to win a big game.

Seahawks are good at home as long as their starting QB is not Charlie Whitehurst.

Sometimes I think the Broncos should go back to their old uniforms.

I’m not ready to hop aboard the Charger express quite yet.

We should all act like this game is not actually happening.