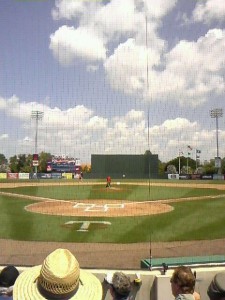 NFL Equivalent – Tennessee Titans: This comparison worked a lot better back when Jeff Fisher was still head coach of the Tennessee Titans. Now, with a new coach on the way in Nashville, the Minnesota Twins are the only one where consistency on the coaching staff still matters. In 2011, manager Ron Gardenhire will entire his 10th year at the helm for the Twins which in itself represents remarkable stability in professional sports. In that time, the Twins have remained competitive in the AL Central and a model of mid market excellence.

Google Search: As Justin Morneau battles to return from a debilitating concussion that has kept him off the field since early July 2010, a new discussion regarding safer, bigger helmets has moved to the forefront of sports science, health pages. Should MLB, much like the minors, mandate that all of players wear these safer helmets? Apparently, the helmets that players wear now provide protection up to 70 mph while the new helmets protect players up to 100 mph. Major league ballplayers are notoriously opposed to change – see steroid testing – and in the end these new helmets might not be aesthetically pleasing enough for the very fashion conscious union.  However, if we are talking about preventing concussions, and in reality the helmets aren’t that much bigger, eventually MLB will hop on board.

Famous Movie Quote: So that was Mrs. Lundegaard on the floor in there. And I guess that was your accomplice in the wood chipper. And those three people in Brainerd. And for what? For a little bit of money. There’s more to life than a little money, you know. Don’tcha know that? And here ya are, and it’s a beautiful day. Well. I just don’t understand it. – Frances McDormand from Fargo

Do you think the people of Minnesota are sick and tired of being associated with Fargo? What percentage of people, when they meet someone from Minnesota for the first time, reference Fargo to show that they know at least something about the upper Midwest? 50%? 75%? 90%? I’m as guilty as the next person with this and see no real reason to change when after all, Fargo remains an all time classic.  After Joe Mauer signed a lucrative contract extension before the 2010 season, expectations remained high for the star catcher. After a power shortage last season, Mauer, along with a healthy Morneau, look for a return to their old M & M Boys ways this season. 2011 prediction: 83-79, 3rd place AL Central