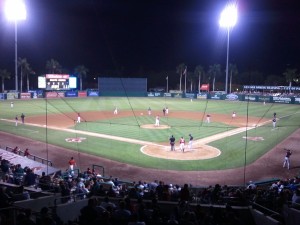 NFL Equivalent – Pittsburgh Steelers: As a proud member of “The Nation”, and a huge Pats fan to boot, it pains me to compare the Steelers to the Sox but the similarities are there. Both are storied franchises with fervent fan bases who have each remained relevant, championship contending teams in the 21st century. Ignoring the detestable – and overrated – Ben Roethlisberger, to whom no one compares, there are some player similarities, with veterans WR Hines Ward and C Jason Varitek as team leaders, speedsters WR Mike Wallace and OF Carl Crawford, and some pirating, roving defenders like S Troy Polamalu and OF Jacoby Ellsbury.

Google Search: Nobody maid more off-season noise than the Red Sox. The major acquisitions of Crawford and 1B Adrian Gonzalez aside, the 2011 Sox got another player who might end up being more important to their offense this year, and he was already on the team! Two years ago, Jacoby Ellsbury was the next Ricky Hendersen. He danced around .300 while stealing a crap ton of bases while hitting more than his fair share of homers. After getting steam rolled by Adrian Beltre, and then whining about it in Arizona, he is back, he is healthy, he is happy about his return to center, and he is ready to ignite the powerful Sox offense. For Ellsbury, getting to first means taking second. He will set the table for an unmatched 2-3-4-5, however Tito Francona decides to arrange the hot bats of Pedroia, Crawford, Gonzalez and Youkilis. You heard it here, he’ll be healthy and starting the All-Star game in center field for the AL team with about 25 SB by mid season.

Famous Movie Quote: …people will come Ray. They’ll come to Iowa for reasons they can’t even fathom. They’ll turn up your driveway not knowing for sure why they’re doing it. They’ll arrive at your door as innocent as children, longing for the past. Of course, we won’t mind if you look around, you’ll say. It’s only $20 per person. They’ll pass over the money without even thinking about it: for it is money they have and peace they lack. And they’ll walk out to the bleachers; sit in shirtsleeves on a perfect afternoon. They’ll find they have reserved seats somewhere along one of the baselines, where they sat when they were children and cheered their heroes. And they’ll watch the game and it’ll be as if they dipped themselves in magic waters. The memories will be so thick they’ll have to brush them away from their faces. People will come Ray.  – James Earl Jones from Field of Dreams

Not that the Red Sox need any help with attendance, but lets not forget that Ray Cansella had to bring Terrence Mann to Fenway in order to find Moonlight Graham. Ignoring the loudmouths behind you, Fenway still has the most magic of any stadium in baseball. It is a time warp. You can imagine Foxx and Williams, and Yaz trotting during warm-ups. You can feel the rich history of what is still America’s most important game, if no longer its most popular. The Red Sox have put together an impressive team this year, reminiscent of the days before over-expansion diluted the game. The aggravatingly peace-less fans of Boston will breathe easy with every Sox win… and they will win. Tons. And people will come. 2011 prediction: 98-64, 1st place AL East

view from City of Palms Park courtesy of @stephbam