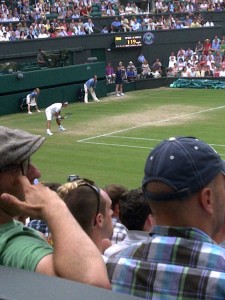 Some folks boast a photographic memory while others claim to count cards. Me, I have a strange telekinetic ability to predict the plot of a movie based solely on the coming attraction. I will channel these talents every week in an effort to breakdown the latest summer blockbuster. With a little luck, and patience, I’ll also connect the preview to a current sports story however, this final pursuit may result in complete and abject failure.

Transformers: Dark of the Moon

Momentum was slow for this the 3rd installment of the Transformers franchise until word leaked about the reasons behind the Megan Fox firing from Dark of the Moon. Apparently, executive producer Steven Spielberg was less than pleased with how Fox compared Transformers director Michael Bay to Adolf Hitler.* Ignorant? Absolutely. A fireable offense? Sure, why not. Especially when you have Victoria’s Secret model Rosie Huntington-Whitely waiting in the wings. But by far the most objectionable aspect of Fox’s comments were that they historically inaccurate. Every student of history knows that Adolf Hitler was many things – epitome of evil, mass-murderer, narcissist, world renowned cross dresser – but not a filmmaker. Now, if she had compared Bay to say, Nazi propagandist Joseph Goebbels, at least she would have been comparing directors. Then again, the more you think about, that comparison doesn’t really fit either. Let’s just call her comments ignorant and move on.

*After reading this article from foxnews.com it’s 100% impossible to like anyone involved in the making of this film. From the hyperactive Bay to the overly entitled Shia LaBeouf, this had to be one of the least pleasant movie sets to work on.

By the way, why is this movie called Dark of the Moon instead of Dark Side of the Moon? Did the remaining members of Pink Floyd see a rough cut of the film and say no way are we allowing ourselves to be connected to this movie?

:10 – For the record, Carl Everett does not believe in this preview or dinosaurs.

:28 – Many of you know that my general apathy towards Colorado Rockies shortstop Troy Tulowitzki stems from the fact that he is a dead ringer for Shia LaBeouf.

:30 – C’mon Frances McDormand! Remember who you are. Your Marge Gunderson. Fargo? Almost Famous? Now your selling out to a multi-billion dollar franchise just so you can have your face tattooed across lunchboxes worldwide. I never thought the day would come.

:40 – I would like to hire whoever does the voice over work for Optimus Prime to narrate an entire day in my life. Talk about a sweeping epic. Something dramatic would be bound to happen. “In a world, where Jon washes the dishes better than any other human on the planet, something strange was about to happen.”

1:00 – Usually I can be be fairly cynical regarding the quality of these coming attractions but, as far as previews go, this one is kinda kick-ass.

1:15 – Why must you pick on Chicago evil transformers? Also, Pittsburgh is the new Boston which was the new Chicago which replaced New York. Got it?

2:05 – After about 30 seconds strait of robot carnage with some melodramatic dialogue sprinkled on top, we have by far our coolest shot of the preview. Tell me, does anyone else think that the centipede transformer looks an awful lot like some of the sentry robots in the Matrix?

We begin with a heartbroken Shia who just can’t believe Megan Fox dumped him so that she could take her Rhodes Scholarship to Oxford where she intends to study molecular engineering. And then, all of a sudden, just when you thought all of the bad transformers had been destroyed in the 2nd film, it turns out that a whole bunch of them were actually hiding on…the dark of the Moon! And now they’re ready to destroy the earth starting with Chicago and the entire state of Illinois. But get this, Shia and his merry band of transformer pals, with the additional help of Fergie’s husband and Tyrese, are there to save the day. A few good transformers are lost in the process, sayonara Bumblebee, but in the end, good out duels bad and we’re poised for Transformers 4 sometime during the summer of 2013. Except in this one, the bad transformers target Detroit because, as you know, that city hasn’t experienced enough devastation in recent years.

The spontaneous combustion of the Williams sisters who both lost in the 4th round of Wimbledon yesterday. This morning, Venus and Serena may look to hide on the dark of the moon until the U.S. Open commences in late August.** To be fair, both players, especially Serena, were battling some serious injuries heading into play at the All England Club. I watched portions of their 4th round matches yesterday morning and neither sister played with any sort of joy or passion whatsoever. It was very hard to watch. Part injury, but I am also starting to wonder if maybe competing has become a little too routine for these aging stars. It begs the question, will Venus or Serena ever win another Wimbledon?

view from Wimbledon courtesy of @AlsTheGreat