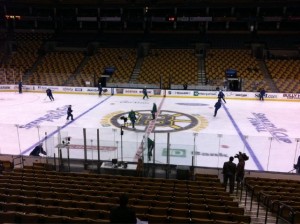 Is this really what the general public wants, weekend after weekend of CGI souped up comic book adaptations? I know it made a lot of money but did any one enjoy Thor? And don’t pigeonhole the recent Christopher Nolan Batman films as just comic book adaptations. That series has been cultivated to fit the interests of main stream moviegoers not just attendees of the recent Comic Con.

This weekend we are graced with the presence of Green Lantern, another movie based on a beloved comic book starring an overly charismatic Ryan Reynolds, now sans Scarlett Johansson. I typically like Reynolds even though a lot off people find him smug and overly cynical. Frankly, I don’t see why the guy just doesn’t stick to his wheelhouse which is any rom/com costarring Sandra Bullock.

:10 – Nope. Un-un. Not gonna work. I’m sick of the CGI. It is too much to ask to give me real Green Lanterns with real receding hairlines and real fish gills? For the record, I’m not anti comic book adaptation. I’m anti comic book adaptation that uses CGI as a storytelling crutch. I respect the mythology and symbolism of comics but do not understand why comic book movies must continue to assault our senses with over the top CGI. I guess some filmmakers just do not respect the intelligence of the average moviegoer.

:37 – First shot of a clearly brooding Ryan Reynolds. Probably still lamenting the loss of his now ex wife who I think we’re all happy to hear is no longer dating Sean Penn.

1:10 – Alright, I can get down with this ring conjuring thoughts thing. Reminds me of that classic scene from Ghostbusters where Dan Aykroyd summons the Stay Puft Marshmallow Man. If any of us where in that situation we would have done the same thing. You can’t be told not to think about something without then thinking about that something. Don’t think about the Republican debate last night! You see….

1:28 – Inspector Clouseau, what are you doing here?

1:47 – Ohh Blake Lively. She seems really nice. You see kids this is why you always give previews a chance.

1:51 – Now Saarsgard is ripping off Vigo the Carpathian from Ghostbusters II.

2:14 – “In brightest day. In blackest night.” Catchy. I kinda like the Green Lantern oath. Next have to figure out how I can weave it into a work email. Suggestions?

So here’s the deal, a talented but underachieving Hal Jordan faces a critical turning point in his life when all of a sudden a pink alien crashes through a barn and delivers Jordan a powerful ring that looks like it came out of a box of Cap’ N Crunch. At first, Hal doesn’t want or understand the power he now possesses. Eventually he puts the ring on and is magically catapulted through the sky to a different galaxy where he meets his fellow Green Lanterns and learns about his new power, responsibility.

Upon returning to earth, Peter Sarsgaard has started to eat the remains of the former Green Lantern and slowly starts to morph into Barry Bonds. Hal Jordan returns just in time to confront Captain Forehead but discovers that he needs helps. So….he returns to planet Lantern to recruit the services of his fellow Greenies who begrudgingly oblige. In the end, a few Lanterns perish but Hal survives, beats the bad guy, gets the Gossip Girl, and sets up the sequel – pending box office returns.

Let’s go with the Stanley Cup Finals and those Vancouver Canuck fans who dress up in green body suits in an attempt to intimidate opposing players sitting in the penalty box. Fellas, you better bring your A game Wednesday night because Roberto Luongo is going to need all the help he can get after a stunningly inadequate performance last night in Game 6. Honestly, there was a point last night during the first period where the Canucks would have been better off putting one of the Sedin twins between the pipes. Needless to say, I don’t think Luongo is going to be making any trips back to Boston during the offseason.