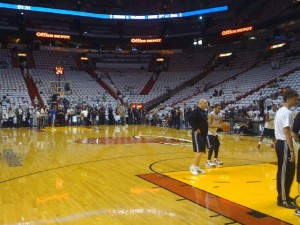 Some folks boast a photographic memory while others claim to count cards. Me, I have a strange telekinetic ability to predict the plot of a movie based solely on the coming attraction. I will channel these talents every week in an effort to breakdown the latest summer blockbuster. With a little luck, and patience, I’ll also attempt to connect the movie to a current sports story.

I won’t claim to know the first thing about the comic book genealogy of either Professor Xavier, Magneto, or any other X-Men/X-Women. I come into First Class completely ignorant and blissfully unaware of what is “supposed” to happen. Therefore trust my impartiality and enjoy the honesty which is about to ensue. (Check out the X-Men: First Class preview here.)

And now, for a second by second recap

:15 sec mark – James McAvoy is Professor X but at this point we can call him “Charles”. Frankly, I question the choice of actor. McAvoy looks nothing like a young Patrick Stewart. Furthermore, he doesn’t come close to possessing nearly the same gravitas as the former captain of the USS Enterprise. McAvoy should stick to 19th century English period dramas where he falls in love with an married aristocratic woman played by either Keira Knightley or Angelina Jolie.

:20 – Lt. Archie Hickox will be playing Magneto. Michael Fassbender* was sort of a non entity until his star turning role in Inglorious Basterds. Two great scenes from Tarantino’s most original film since Pulp Fiction: 1) The opening sequence in the farm house. Christoph Waltz may have danced away with the Best Supporting Actor Oscar right there. Thanks to this scene I no longer accept Nazi interrogators looking for a glass of fresh milk into our house. 2) The shootout in the bar. Who knew Germans had a different way of signaling for “three”. I’ll be much more careful next time I grab a few steins at the Hofbrauhaus.

*I resisted the urge to look up “fassbender” on urban dictionary for fear it doesn’t mean what I had envisioned. In my mind, “fassbender”, pronounced “phaust – beendur” is a Bavarian boomerang used by Indiana Jones as he stole the Ark of the Covenant from the Nazis for the 3rd time.

1:12 – Is that the girl from Winter’s Bone? Is she naked? Wait, why is she turning blue? There are going to be a lot of disappointed fan boys out there if every time Jennifer Lawrence comes close to getting naked she goes all “rogue” on us and turns into some sort of scaly blue mutant. On second thought, probably not the best idea to try and play armchair psychologist to the millions of 35 year old men still living in their parents basement. For all we know, Rogue is like their version of Bar Refaeli.

1:20 – Whoa, Kevin Bacon! Playing either a politician or an evil industrialist. I figured he was done with major motion pictures after his star turning role in those Logitech ads.

1:23- Holy Cuban Missile Crisis! SPOILER ALERT!!! My prediction, it wasn’t RFK and the naval blockade that preserved peace after those Thirteen Days in October of 1962 but rather Magneto and his mutant ability to prevent nuclear weapons from detonating. I feel so misled. Here I was, for all these years, believing that Soviet Premier Nikita Khrushchev experienced an 11th hour change of heart and called off the Russia warships headed to Cuba when really the planet was saved by a Holocaust survivor with giant magnets for hands.

1:35 – Seeds of future animosity are brewing between best friends Charles and Eric. I think I know where this one is headed. Charles understands the positive impact the mutant race can have on human civilization and decides to build a school in upstate New York where younger mutants can come and learn how to channel their considerable powers and use them for the better good while Eric starts to brood and lose himself in self loathing. This can only lead to one thing…..the end of a friendship and the world!!!!

2:20 – Magneto and his helmet/cape combo are revealed along with this pivotal piece of dialogue:

Chuck X: “Listen my friend, killing will not bring you peace.”

Ohhhh, it is so on! This melodrama is followed by some Soviet rockets being fired from an aircraft carrier as still not evil Magneto stands in the middle of the Bay of Pigs with the fate of the world resting in his soon to be sinister hands. But, is he really evil or just misunderstood? I’m guessing there’s some ambiguity to the conclusion.

What does this all mean?

Since X-Men: First Class is a prequel we all pretty much know where the story is headed. But, I’ll give the film credit for an interesting cast and for adding an element of Cold War history. I just hope rising high school juniors don’t take this movie literally and head back to school in the fall believing that Magneto and Professor Xavier brought about the end of the Cold War. I don’t think our country could ever recover.

Look no further than Game 1 of the NBA Finals between the Dallas Mavericks and Miami Heat. Both Dirk Nowitzki and LeBron James have played like mutants these past few weeks. Will LBJ’s Magneto outlast Dirk’s Professor X? Probably would have been just as easy for me to call Dirk Magneto and Lebron Professor X but I’m facing a tremendous amount of pressure from the city of Cleveland to leave it as is. As far as predictions go, Mavs in 6. Nowitzki wins his first NBA championship and Germany celebrates by giving him his very own “phaust-beendur”.