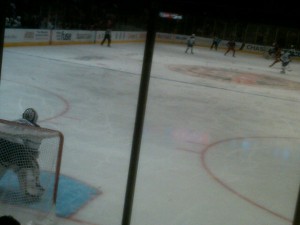 I’m all in on the NHL All Star teams being determined by the two captains, Niklas Lidstrom and Eric Staahl. I think it’s a fantastic idea on multiple fronts. For starters, it’s a fresh, new concept that will help keep the NHL in the headlines after the tremendous momentum gained from HBO Sports’ “24/7: Road to the Winter Classic”. People are talking about hockey again, especially the younger generation of kids who are the present, and future, market for economic growth and expansion.

Next, by allowing captains to pick their teams, the 2011 NHL All Star game has the look and feel of playground basketball. Just about every single North American citizen can relate to the agony and ecstasy that goes along with waiting to be selected for a simple game of “pickup”. The process is both exhilarating and demoralizing. It’s as transparent and democratic an idea as we have in all of sports and competition. Entire athletic careers are determined by the order in which a young kid is selected to a team.

With the decision to have captains pick the All Star teams, the NHL has positioned its players as a group of people we can all relate to. Our empathy will help drive the sport of hockey back into the conversation this Winter.

view of MSG courtesy of @RyanBlair