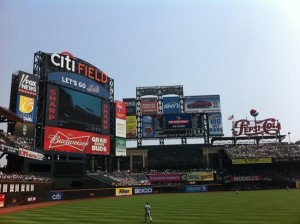 Here’s a quick preview of some of the “major” sports on tv this weekend. A lot of folks love to whine about the lack of sporting events during these the dog days of summer but for me, I look at these next few weeks as an opportunity to catch up on some of the sports that would go otherwise overlooked if it weren’t for the fact that there was nothing else on. And when it’s as hot outside as it is right now, better to burn all sorts of fossil fuels by hovering in front of your AC alongside the incandescent glow of your HDTV than attempting to brave life under the heat dome. (I swear, somebody needs to trademark the phrase “Heat Dome” before Tom Cruise get’s his hands on it and makes it the title of his next Mission Impossible movie.)

Tour de France: If you happen to tune in to Versus this weekend, prepare to be absolutely blown away by the conditioning of these great cyclists. Of course, unless you’ve been living under a rock this past decade, you probably still have some doubts as to whether or not these athletes are cheating. And honestly, just how do these guys ride 200K up a series of high mountains and bounce back in time to do the same thing all over again the next day? You could pump my blood full of as much oxygen as you want and I’m still not coming anywhere close to the top of Alpe-d’Huez unless it is by helicopter.

RBC Canadian Open: Only for the few golf struck souls still fighting their way through Open Championship withdrawal. Or, if you happen to live in the lower 48 and are looking for a brief respite from theses excruciatingly hot/humid conditions, tune in and experience beautiful Vancouver complete with its temperatures  in the 70’s and humidity low enough that the horizon won’t look like it is covered in a waxy film.

MLB Baseball: And you thought you were close to overheating. The Mets and Cardinals completed their game Thursday in a little over 2 hours. It was so hot at Citi Field today that even Roy Halladay became a little dehydrated and he’s not even scheduled to start again until Sunday…in Philadelphia. Some of the marque matchups this weekend include White Sox/Indians, Tigers/Twins, and Braves/Reds. Safe to say that the AL Central and NL Wild Card races will become a bit clearer by Monday.

Women’s Professional Soccer: What, now that the World Cup is over you don’t care anymore? Unfortunate but certainly not unexpected.